In Robert Frost’s popular poem “The Road Not Taken,” the writer attributes the circumstances of his life to choosing an uncommon path. Here at Rice University, students from disparate backgrounds are finding professional success through a common path: the Paralegal Graduate Certificate Program. However, the routes that brought the three of them to this path were very different.

Aashika Damodar, Erin Engstrom and Melissa Frank all met for the first time in the spring of 2015. The three ladies had all enrolled in the Paralegal Graduate Certificate Program, part of the Glasscock School of Continuing Studies at Rice. While the three of them shared this course, the paths that brought each of them to Rice were very different. 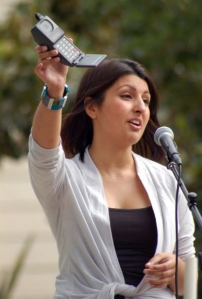 Aashika Damodar stayed in her home state of California for her undergraduate, attending UC Berkeley to study anthropology and political science. From there, she headed east, picking up a certificate in nonprofit management and leadership at Georgetown University en route to her master’s in international development studies at the University of Cambridge. To say Aashika is well studied would be an understatement. However, her experience is not just academic.

Concurrent with her studies, Aashika began pursuing her interest in social justice issues. She’s been involved in anti-human trafficking, working on a variety of capacities from direct case management to direct advocacy. Currently, she works as a consultant; providing various types of training and technical assistance to audiences who may come into contact with potential victims of human trafficking.

Aashika’s passion lies in training and awareness-raising by hitting non-traditional audiences that may come into contact with victims. She recently made a radio appearance where she discussed human trafficking in the beauty industry.

Across all of her experience with social justice and anti-human trafficking work, Aashika has been confronted with the need for solid legal understanding to help those who may not be able to help themselves. It was this fact that piqued her interest in law and, ultimately, to the Glasscock School’s Paralegal program.

“In my last role, I worked in the Department of Justice and we have the federal human trafficking law but then each state has their own as well and so it makes the practice of supporting victims, navigating several systems, and providing legal services incredibly complicated, and so I was always very interested in that and thought maybe this would give me a window into learning more about how I could especially work in that kind of capacity.”

I knew it would set me up for success …

Aashika chose to defer law school and enroll in a paralegal program so that she could gain more knowledge of the legal profession and see if this was a path she wanted to continue down. And choosing Rice, in her view, was simply a matter of setting herself up for success.

“It was the breadth of skills and topics being covered [at Rice] that was very attractive to me,” said Aashika. “I knew it would set me up for success for virtually any paralegal position that I may apply to because they were all asking for skills and experience in all the various areas specifically outlined in Rice’s syllabus. I felt that this was a pretty good setup and they knew what employers were looking for and therefore tailor the program accordingly.”

Aashika has enjoyed her time in the program thus far and believes that the education is invaluable if you want to take paralegal work seriously. She looks forward to maintaining the relationships formed from class past graduation.

“I would definitely put my stamp of approval [on the program] and recommend it to people who are interested and even to those not necessarily interested in being a paralegal,” said Aashika. “I think it’s a great education for understanding how the law works … that’s probably what I enjoyed most.”

Erin Engstrom is a third-generation Galvestonian who grew up above her mom’s florist shop. Surrounded by plants from a young age, she discovered the joy of nature and working with her hands. Erin attended Agnes Scott College and became fascinated with the way the world revolves around belief systems and decided to major in religious studies. After graduation, she cultivated her floral experience in Gubaveeney, Ireland and Argalasti, Greece, where she worked with Worldwide Opportunities on Organic Farms (WWOOF), a program which links volunteers with organic farmers and growers who offer room and board in exchange for a few hours of work on their farm per day.

While abroad, Erin fell in love with the idea of Tiny Housing, the concept of living in the tiniest footprint available. While the movement has been gaining steam in recent years, there are many legal hurdles that make it difficult to pursue Tiny Housing in most cities.

“I think it has so many social justice applications and could really solve a lot of the problems facing us today,” explains Erin. “I hope that my education at Rice and whatever on-the-job experiences I may have will prepare me to address the legal challenges facing the Tiny Housing movement.”

Upon returning home, she found employment that allowed her to still work with her hands as an assistant manager at River Oaks Donuts while also pursuing paralegal studies. With Erin’s varied background, it might seem unusual for her next step to become a paralegal, but she’s always had an interest in law and enjoyed thinking about problems in both an abstract or concrete way.

“I think looking at the law as a puzzle and a puzzle that you can use to help people is very attractive to me,” said Erin. “It harnesses the skills I learned through world adventures and travels and background jobs that I’ve had.”

I have a great relationship with my professors and they know me by name.

As she began exploring paralegal program options, Erin knew what she was looking for and Rice fit the bill.

“I felt very strongly that I wanted a small classroom environment,” said Erin. “That’s where I came from for undergrad college experience. Being close to professors was really important to my education and after attending the information session (I knew) that the professors would be hands-on and one-on-one … I have a great relationship with my professors and they know me by name.”

Since enrolling in the Rice paralegal program, Erin has had the opportunity to interview for several paralegal positions and looks forward to making a career out of this profession.

The law is nothing new for Melissa Frank. She grew up in New York as the daughter of an attorney, and interned at law firms while earning her B.A. in history from Cornell University. After graduation, Teach for America (TFA) brought Melissa to Houston where she served as a sixth grade math teacher. TFA afforded Melissa the opportunity to gain some classroom experience on the other side of the desk, which served her ultimate goal of working in an education nonprofit. With that experience gained, Melissa wanted to return to her legal roots and began searching for a paralegal program to serve her needs.

“There are so many jobs for paralegals that it’s basically doing all of the work of an attorney without giving legal advice,” said Melissa. “It seemed like an appropriate stepping stone, considering my work experience and skill set from Cornell, that I would go on to do something like this.”

Upon finding the paralegal certificate program at Rice, she knew it would be a great option. She was already familiar with Rice’s reputation and knew that employers would be as well.

As soon as I entered the Rice program, I was qualified.

Melissa credits the Rice paralegal program for helping her land a job as an immigration assistant at corporate immigration law firm, Berry Appleman & Leiden LLP. She had applied for several positions prior to entering the Rice program without any luck. That changed as soon as she enrolled.

“As soon as I entered the Rice program, I was qualified,” said Melissa. “I think it’s reputable to employers and if it helps me get a job, then I know it’s worth it.”

Damodar, Engstrom and Frank represent three distinct paths that have all found success through the Rice Paralegal Graduate Certificate Program. Regardless of background, education and experience, students are finding not only employment opportunities, but a path toward pursuing their passions through paralegal studies. If you or someone you know is interested in enrolling in the Rice Paralegal Graduate Certificate program, visit glasscock.rice.edu/paralegal to learn more about this highly-rated program and to register today.